Baglietto launches a contest for young architects For the creation of a “nautical micro-museum” Aimed at recovering and promoting its huge, unique historical archive. 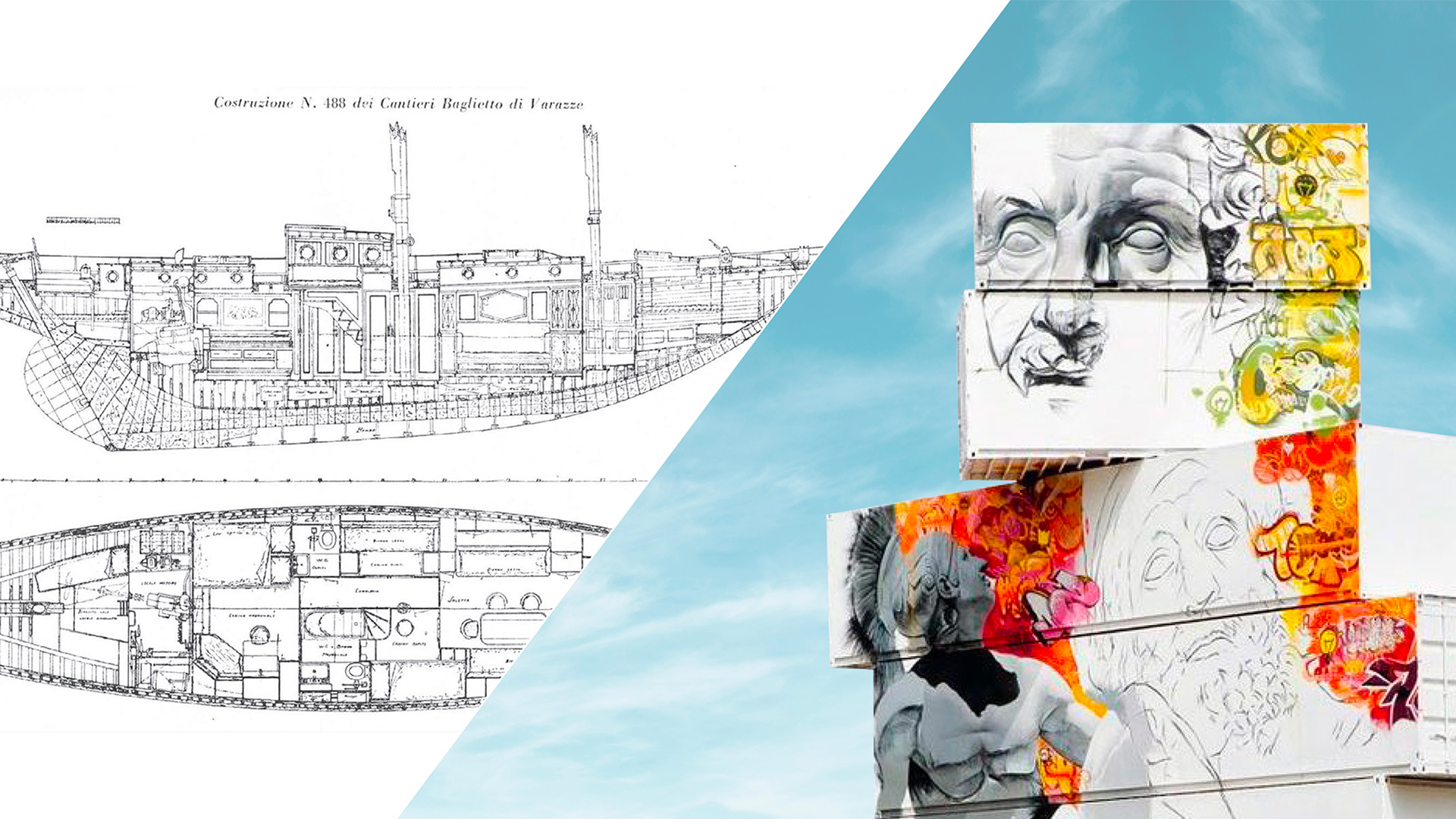 La Spezia, 14 February 2021- Recovering its history to make it a cornerstone of its present and, even more, of its future: this is what inspired Baglietto to set a challenge to young architects in the form of an unprecedented contest, having great social and cultural, as well as historical, relevance. Together with YAC – a leader in the organisation of architecture competitions – Baglietto is launching today an Ideas Competition for the design of travelling exhibition spaces capable of telling about the hundred-year-old history of one of the most ancient and glorious boatbuilders in Europe.

“This initiative has a high cultural and social value – comments Baglietto’s CEO Diego Michele Deprati – and is a source of great pride for me: the over-a-century-old history of our shipyard is a precious heritage, not only for our company, but I dare say – confident that no one can deny this – for Italy as a whole. This contest is part of a more far-reaching project aimed at recovering and revaluing our heritage, which started off last September with the launch of a very original institutional video. Our ultimate goal is to reach out to all those who love our brand, but also and foremost to the younger generations, who the contest is in fact aimed at. Past, present and future ideally stand together, connected by our unfaltering passion, our focus on innovation, and our eyes firmly fixed on the horizon”

Baglietto is one of the oldest and most glorious shipyards in the world. It boasts a rich historical heritage that is the result of more than a century and a half of shipbuild­ing. Registers, photographs, drawings, patents, and ex­tremely fascinating models at different scales are just some of the numerous types of artifacts the one can find in Baglietto’s archive. For years, they have been consid­ered a simple corollary of production. However, as time passed, such archives have been acquiring a renewed value. Each element is now a real collector item. The care of handmade drawings, the grain of vintage photo­graphs, the mastery of representations, the uniqueness of now abandoned modelling techniques make the ar­chive of Baglietto a collection of objects that are as inimi­table, iconic, and precious as the ships they were created for. It is an archive unique in the world. The same archive the current Baglietto wants to honor.

Company archives are an incommensurable heritage that only a few made in Italy excellences can boast. In the wake of the latest trends enhancing them, Baglietto decided to launch a vast display and musealization project of its own history. The first step of such process is creating a travelling mi­cro-museum to describe the nearly 170-year-old history of Baglietto, its origins in 1854, its evolution, its iconic models, and its current production.

Through the instal­lation of three 12-meter containers, Baglietto aims to create a versatile and brilliant temporary exhibition. It shall adapt to different contexts to recount the history of the past and present Baglietto carrying on in the present and projecting in the future one of the most prestigious companies of international boating.

“We have decided to involve young architects – explains Raffaella Daino, Baglietto’s Head of Marketing and Communication – because we are envisaging this travelling “micro-museo” as a multimedia space where designers will be free to choose the most diverse narrative strategies to portray Baglietto’s history in an intuitive and engaging format. Baglietto invites architects to focus on modern “edutainment” techniques to create a multimedia and highly experiential storytelling. This will create (physical or virtual) immersive contexts to make visitors experi­ence the quality and magnificence of Baglietto’s ships.”

The cash prize of € 15, 000 will be distributed to the winning proposals selected by an international jury panel composed of some of the most world-renowned architects and designer, with the likes of Lars Almgren (Dorte Mandrup), Francesco Paszkowski (Francesco Paszkowski Design), Melodie Leung (Snøhetta), James Whitaker (Whitaker studio), Ryohei Koike (BIG).

“This is an unprecedented and invaluable initiative – states YAC’s founder and chair Alessandro Cecchini – Baglietto has been able to turn a design need into an opportunity for the younger generation to express and showcase their talent, becoming advocates of culture and innovation. We are sure that a large number of designers will proactively and effectively respond to Baglietto’s challenge, turning the Boatbuilder’s heritage into an ideal workshop to express their creativity and experiment with their ideas”.

The contest will award prizes to the first three projects plus 2 gold mentions dedicated to students team. The winners will be announced in June.